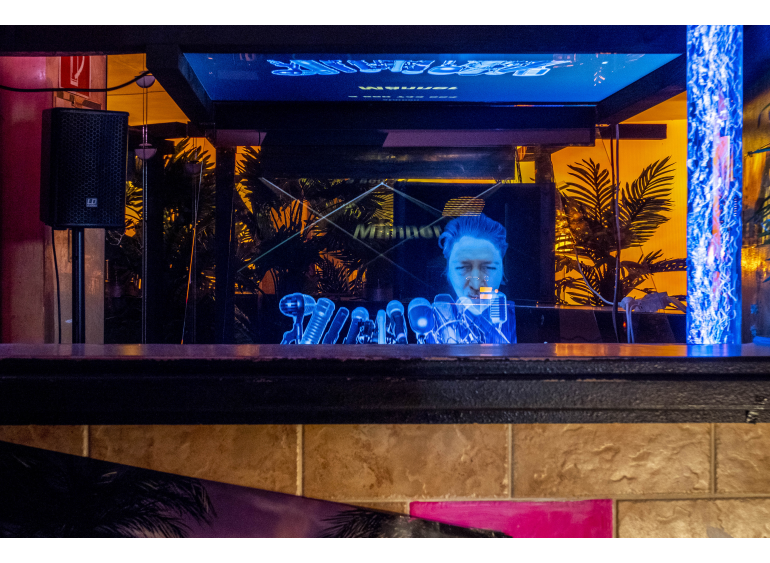 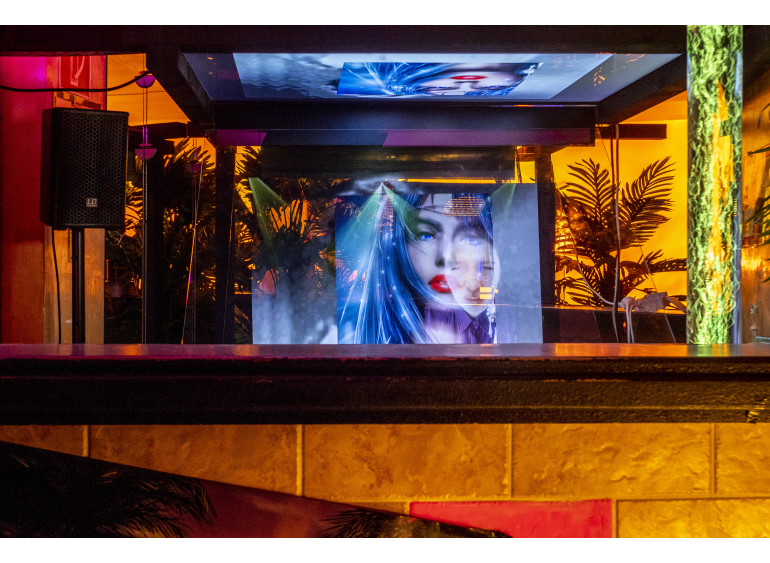 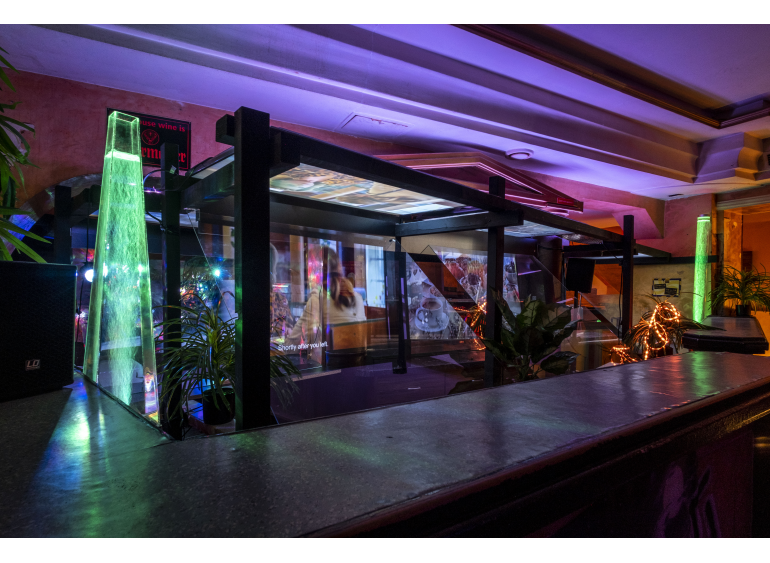 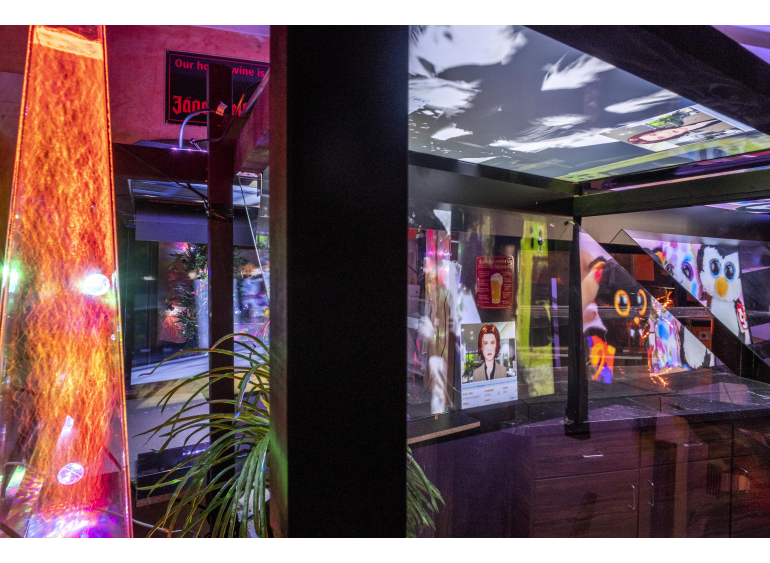 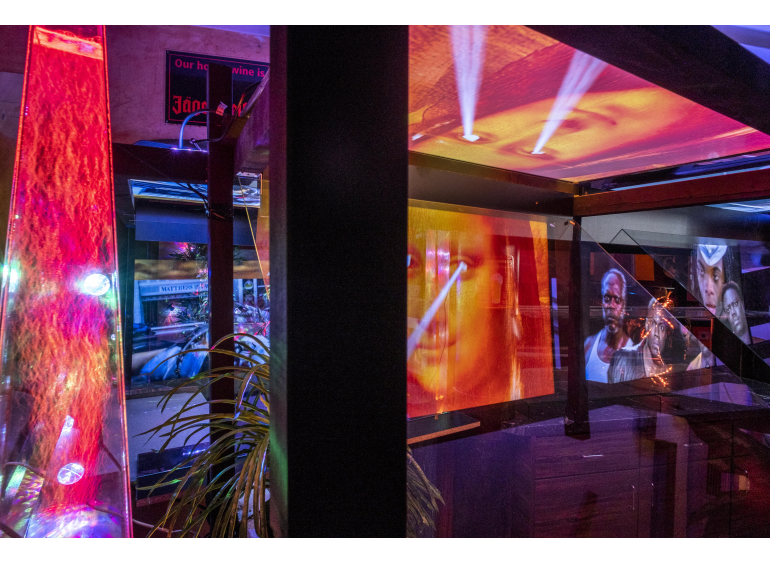 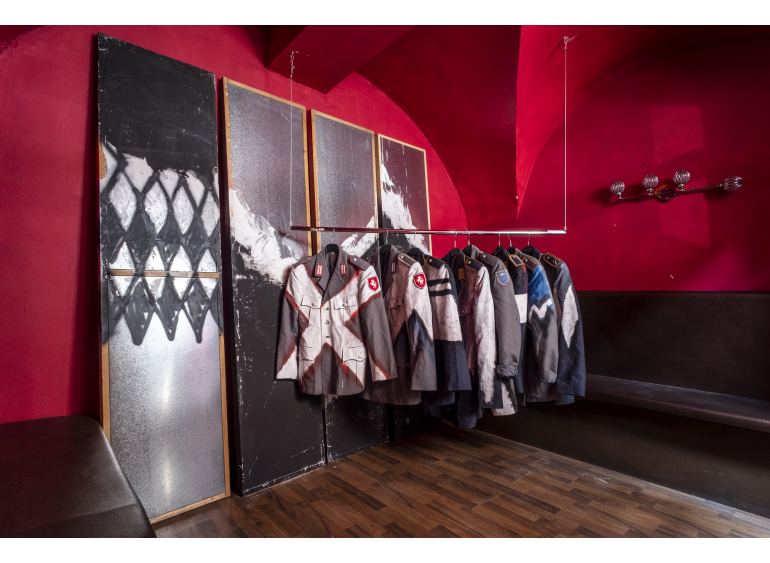 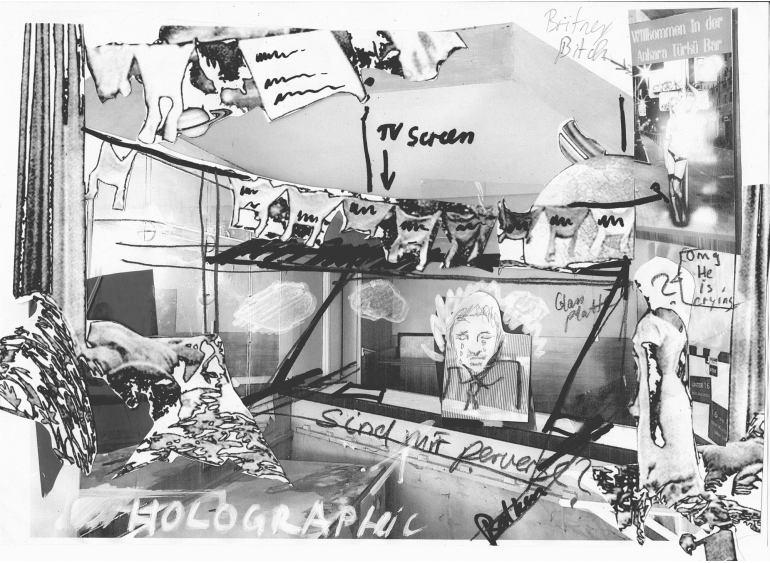 Crocodile tears are an indispensable element in the new authoritarian cults of personality spreading all over the world. Dictators cry and weep with joy or relief, simulating human weaknesses that are actually carefully scripted. Funda Gül Özcan’s newly-commissioned contribution to steirischer herbst heightens the image of the weeping strongman to the point of absurdity. Her holographic intervention in the now-derelict Ankara Türkü bar in Graz imagines a sobbing Recep Tayyip Erdoğan, a character similar to the older Turkish men who weepingly confide their fears and dreams to her in bars late into the night. Özcan’s installation speculates a scenario in which the Turkish president launches into a tearful apology for having betrayed his former ally, exiled religious leader and businessman Fethullah Gülen. It is widely believed that Gülen and his movement were effective in helping to bring Erdoğan to power, but then the tables turned in 2016 when they were accused by Erdoğan himself of spreading corruption in the government and organizing the coup attempt that aimed to take down his regime. Özcan’s hologram recalls the central moment of that historic night, when Erdoğan appeared on FaceTime (filmed on a mobile phone), calling upon his supporters to take to the streets to prevent his purported enemies from seizing power. It also refers more directly to Erdoğan’s pioneering use of a giant hologram to address a crowd of supporters at a rally at Izmir in January 2014. Other politicians have since followed suit, including Jean-Luc Mélenchon of France, New Zealand’s Jacinda Ardern, and India’s Narendra Modi.

Funda Gül Özcan (1984, Garmisch-Partenkirchen, Germany) is an artist working with sculpture, multimedia installations, and dioramas, tracing literary structures and searching through the detritus of contemporary visual culture, often against the background of gender stereotypes. She lives in Illertissen, Germany.