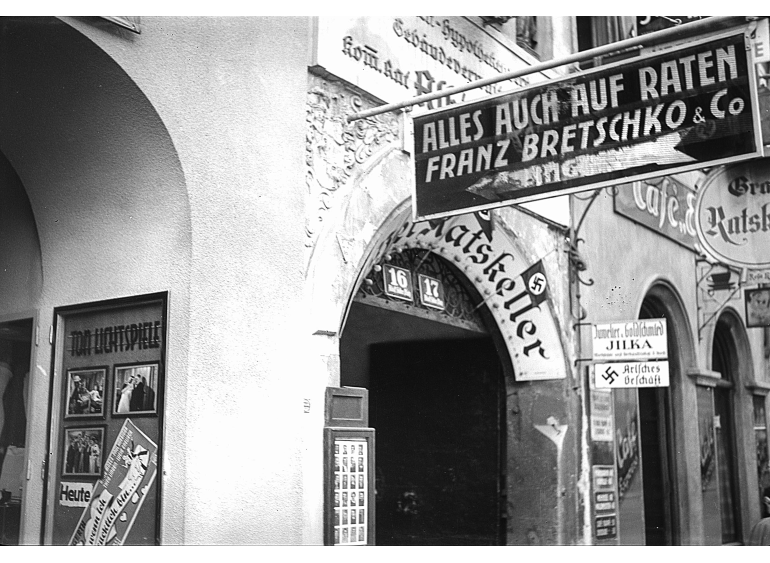 [EN]  Graz architects are slightly embarrassed by their central square, the “Hauptplatz,” due to its persistent unmodern and village-like quality, despite a mighty town hall built in historicist style and a pompous fountain monument for a local patron of culture, Erzherzog Johann, shown in all his (former) glory, surrounded by allegories of Styria’s four main rivers, not all of which belong to Austria anymore. Like most of Graz’s city squares, Hauptplatz is more an enlarged and elongated chunk of a road than a properly, rationally planned square. It lacks decisive architectural character, the kind of coherence that can be dictatorial but also aesthetically satisfying in the way that only mathematics can be—automatically conveying a sense of modernity and its discipline. Hauptplatz is undisciplined, domestic, everyday, and even modest. It is also real—not a dead space for parades or given over completely to tourism, but one pulsing with everyday life, a place you might pass through in a hurry while changing trams, or where you might have a drink or buy your sausage and bread. In that sense, it is truly popular, even folksy, a quality Graz celebrates with the folk festival Aufsteirern. Does this make it a place for “regular people,” and does that really mean it is democratic and immune to dictatorship? What about one of its more unfortunate episodes, the short period of Nazi history when it oh-so-willingly embraced the Adolf Hitler name? Can it really be forgotten in a round-the-clock marathon of mass folk dancing?

“Hauptplatz” is one of the places in Graz that inspired Volksfronten, the core program of this year’s steirischer herbst. Some of them host art works, some do not, but all tell complex stories, which we want to share with you.