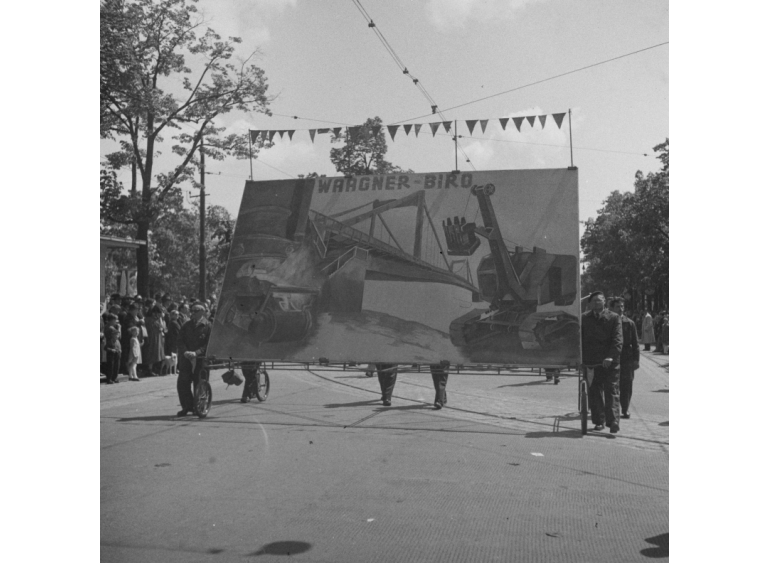 May Day rally of the KPÖ (Communist Party of Austria) on the Vienna Ringstrasse. March of workers of Waagner-Biro A.G., May 1, 1953. Photographer unknown. Source: OeNB

Founded in New York in the early 1960s, Bread & Puppet Theater is a legendary performing arts group. They first became famous for their open-air political vaudeville, played with giant puppets in the protests against the war in Vietnam, and they have continued to point out and protest ongoing injustices ever since with their theater productions, pageants, and parades.

This September the group brings their playful political satire to Graz. In a newly commissioned piece for steirischer herbst that moves through the city on the day of the festival’s opening, they will stop at various points along the way to enact scenes of a so-called Insurrection Mass, held in light of the current situation of the world. It begins with the opening of the collective ear, and the ceremonious introduction of the Mass’ gods including the god of Papier-Mâché (the material from which all gods are made), or the god of the day who bears witness over the Mass. The hymn of the day is sung, and then hell is introduced and in the presence of hell the scriptures are read. The scriptures’ content ranges from nursery rhymes to political statements, and after reading they are fed into the mouth of hell for processing. The result of this processing is the rotten idea of the day, which is read and placed in the care of the god of the day. In response, the insurrection preacher delivers the sermon of the day with the help of a fiddle and fiddle bow. Finally, the rotten idea of the day is taken on a wild funeral march and given a proper burial.

Be part of this spectacle!
The performance is preceded by a public workshop. Over eight days you can help build the puppets used in the parade, rehearse the choreography, contribute your favorite nursery rhyme and add to the news stories that shape the current situation…


Any questions? Please write to breadandpuppet@steirischerherbst.at
Feel free to stop by spontaneously or register through email.

In English with German translation available 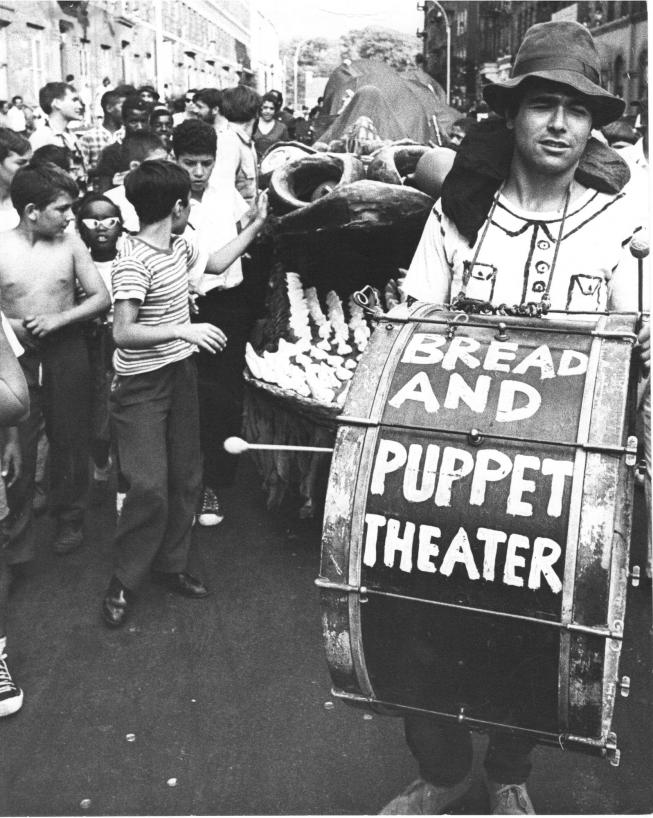