The Underneath the Above Parade #1 (2018)
Performance 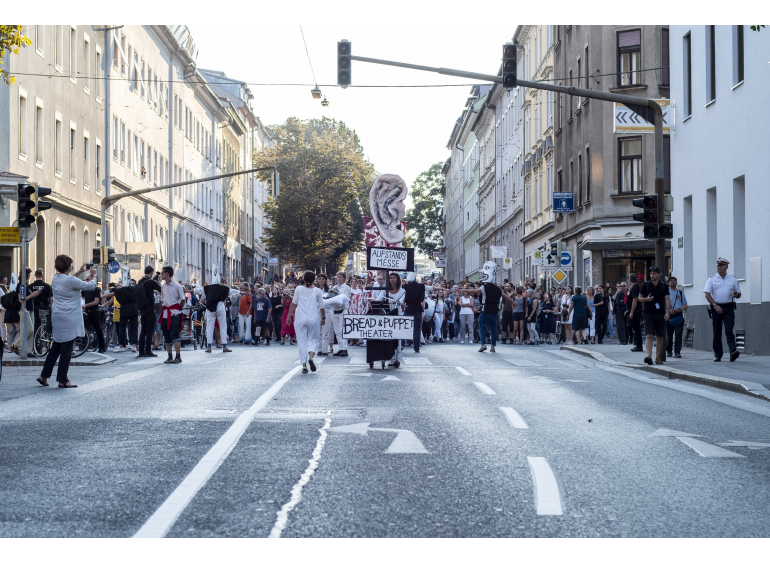 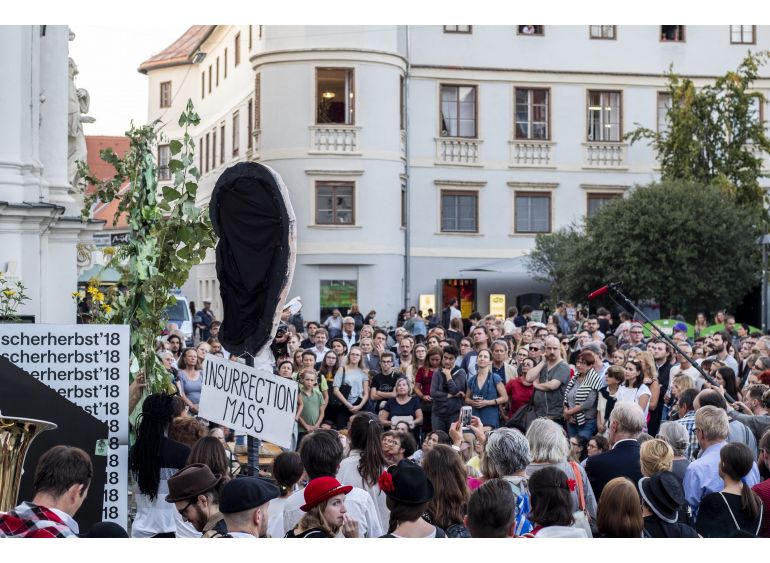 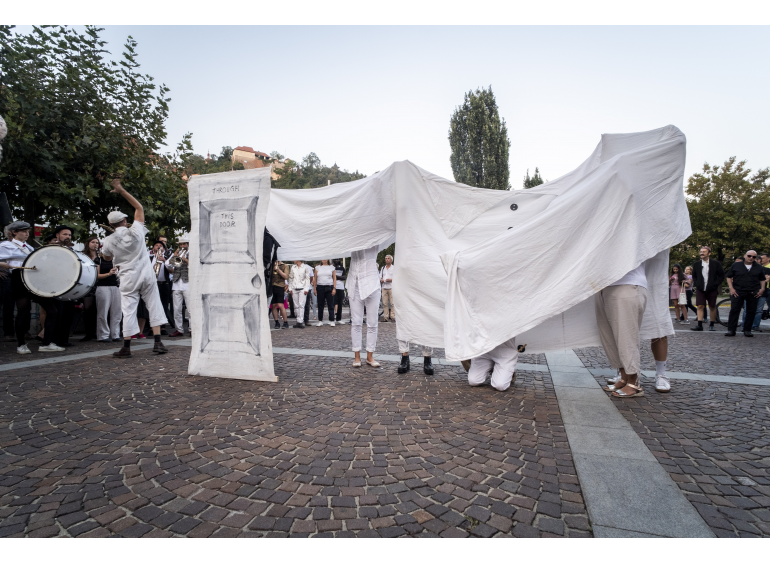 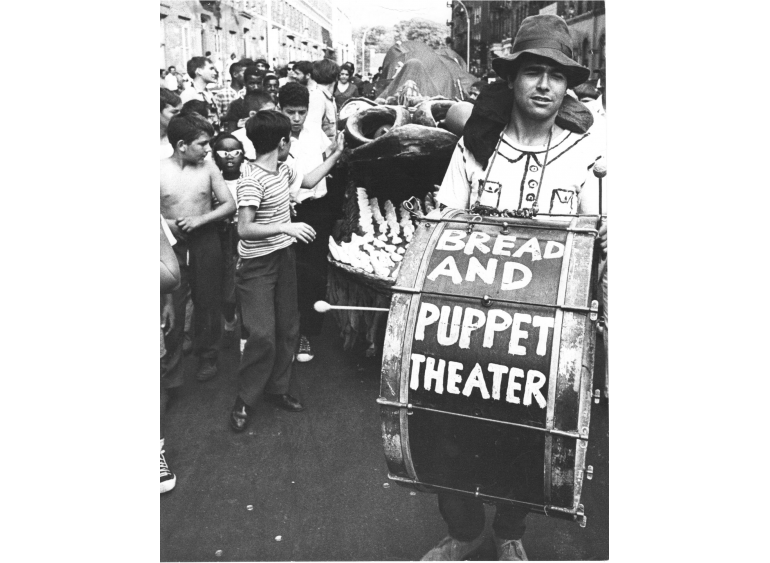 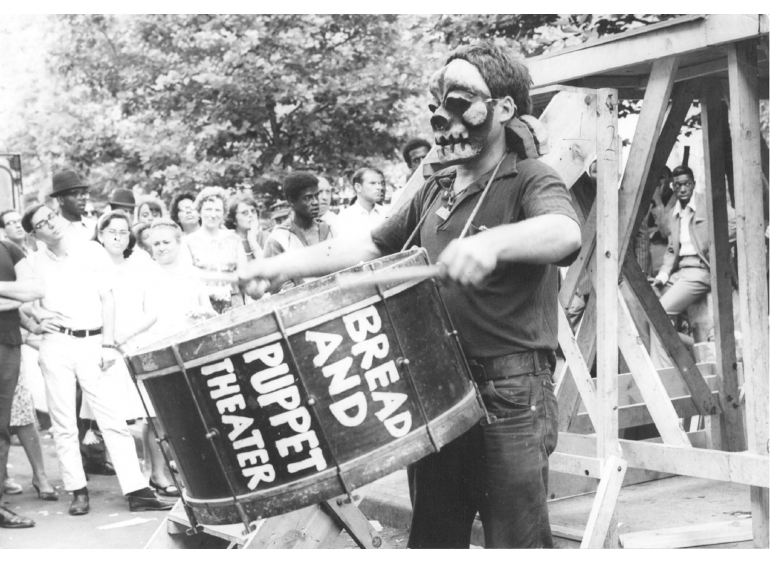 Art is not a luxury, but a necessity like bread. That’s the ethos behind the Bread & Puppet Theater, a legendary performing arts group famous for their politically engaged open-air theater. Their newly-commissioned performance moves through the city on the day of the steirischer herbst opening, stopping at various points along the way. Founded in New York in the early 1960s by puppetmaker and director Peter Schumann, the Bread & Puppet Theater became famous in the protests against the war in Vietnam and has continued to point out and protest ongoing injustices perpetrated by the United States government ever since. Their parades, theater productions, and pageants incorporate political satire and music and are dominated by signature giant puppets. These political vaudevilles are “insurrection masses” modeled on medieval popular mysteries, in which allegorical characters act out battles of good and evil. They are accompanied by the baking of a simple rye bread, which is distributed to the audience in a play on the ancient Roman expression that the masses could be placated with free sustenance and distracting spectacle: “bread and circuses.” More recently, Bread & Puppet Theater has founded a political party, the Possibiliarians. Its pro-paradise platform calls for a non-profitable economy based on total consumer non-confidence, where sky, hands, and feet are given back to the people. For steirischer herbst, the group spends some time in Graz working with local participants, addressing issues of the city’s urban topography and contemporary politics in relation to the fascist past, and looking at how new nationalisms and xenophobia emerge in an endangered social democracy. The route of their parade cuts through the city along Keplerstraße. Featuring social democratic architecture and sites of former industry, it leads from Graz’s main railway station through the densely populated working-class area of Graz. The performance ends with the traditional serving of bread on Mariahilferplatz.

In English and German

Bread & Puppet Theater (founded 1963, New York) is one of the oldest, most renowned independent theater companies in the United States. Under the slogan “Cheap Art and Political Theater,” they create vivid, socially committed productions, sometimes using larger-than-life puppets. The company is based on a farm in Glover, Vermont, USA. 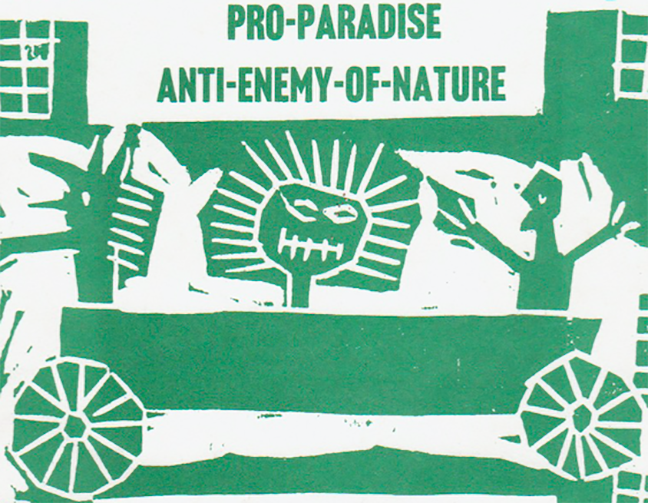 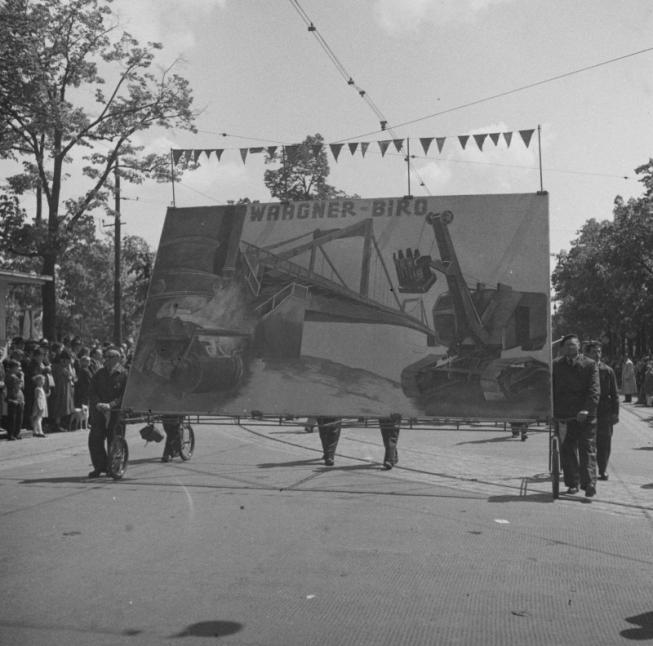