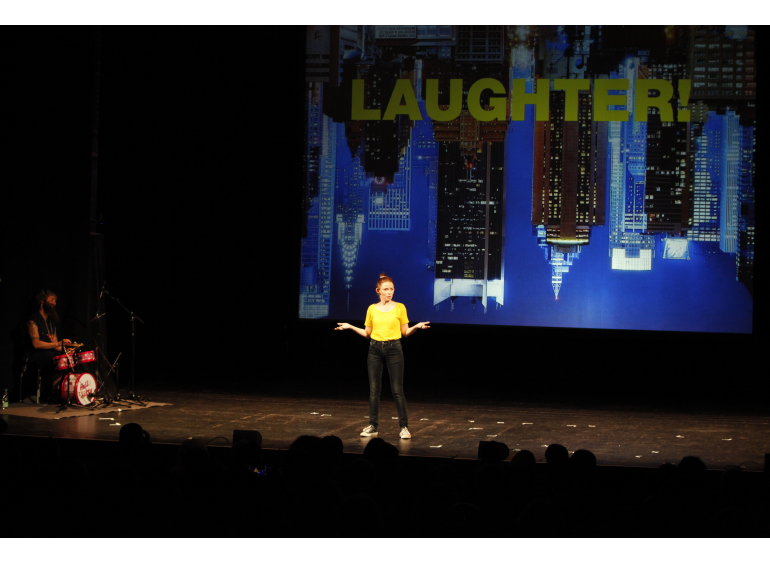 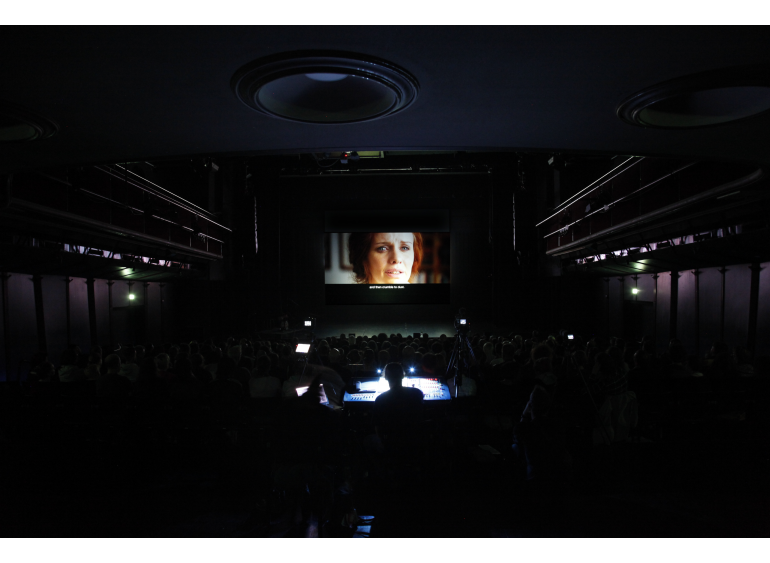 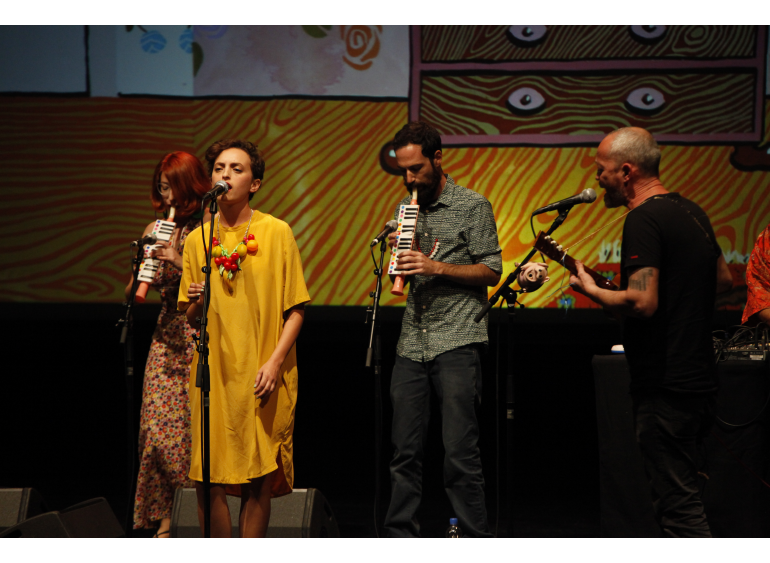 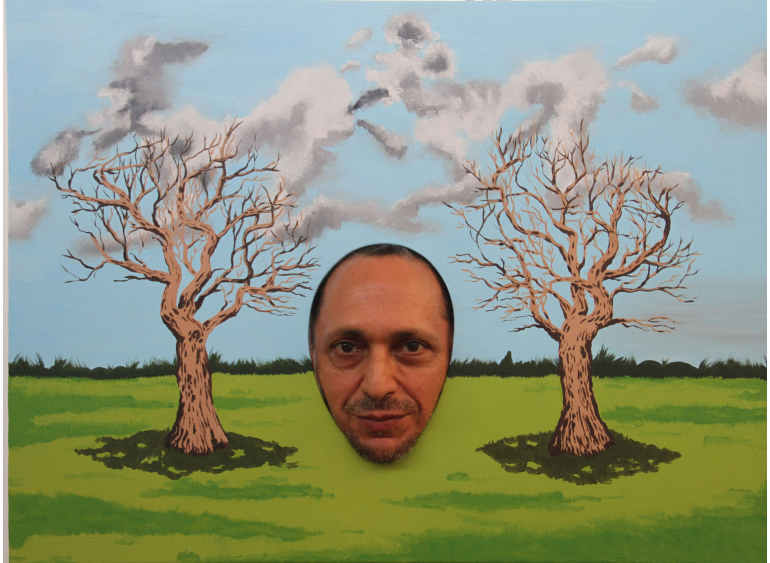 Franz Kafka is already one of the world’s most popular authors. Why not make him palpable for toddlers, too? This is the somewhat perverse premise of artist, writer, and filmmaker Roee Rosen’s ongoing film project Kafka for Kids. Combining popular formats of comic-drama fiction, documentary, and musical, it imagines a brutally surreal pilot for a children’s TV series. In this first episode, a somewhat sadistic parental figure retells the story of Kafka’s famous 1915 novella The Metamorphosis to a child using speaking props and furniture played by actors. Via ever-longer commercial breaks, animations based on the artist’s drawings, songs, and “backstage” interludes, the program gradually moves into an entirely different realm, becoming the purported documentation of a panel discussion on the troubling intricacies of how Israeli military law defines childhood in the occupied Palestinian territories. For steirischer herbst, Rosen and his collaborators present a performative evening around the themes of the film. Hani Furstenberg—the actress who plays the child-listener in the TV program pilot, as well as the main role in several of Rosen’s other films—appears as a fictitious legal scholar, offering a highly eroticized explanation of the Kafkaesque legal reality of the occupation, addressed to a distant future. A concert by Igor Krutogolov and his Toy Orchestra introduces a talk by the artist.

In English and Hebrew with English subtitles

With the kind support of Artis

Roee Rosen (1963, Rehovot, Israel) is a multidisciplinary artist, writer, and filmmaker. His highly literary and densely visual films, paintings, installations, and books frequently feature invented figures and controversially address taboo zones in 20th-century history as well as contemporary political reality. He lives in Tel Aviv. Hani Furstenberg (1979, Israel) is an actress and longtime collaborator of Roee Rosen. Igor Krutogolov’s Karate Band/Toy Orchestra was founded in 2005, the year they released their first album. The band is based in Tel Aviv.