The Moscow-based artist on the crossroads of Soviet and Russian Orthodox aesthetics, where she finds the voiceless Russian people. 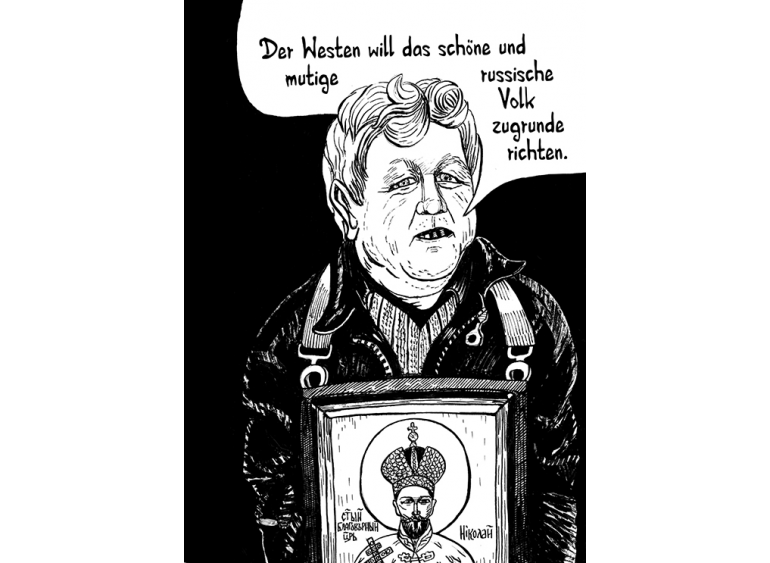 Victoria Lomasko, drawing from Other Russias, 2017. Courtesy the artist

As a child, I often stayed at my grandmother’s house at the intersection of Chernyshchevsky and Karl Marx Street. In the “beautiful corner” (icon corner), there hung a sooty icon with an image of Christ, but as a good Oktyabrenok (pre-Pioneer). I thought that this was yet another picture of Lenin. Like most people her age, my grandmother was supposed to be a communist, but on Easter she would decorate eggs and bring home holy water from church.

Like other children, I quickly grasped the grown-up verbal and visual cues: there is something like a people, and that’s us. But the people should be controlled by some higher power, it could be Jesus Christ, the Czar, or Grandfather Lenin and the great Communist party. Or now President Putin and United Russia. Our intimate lives go on—we are born, get married, have children, bury our parents, and die, without ever influencing anything. Some higher power decides what we should believe in and what we should die for.

Back then, when my grandmother and I would walk down Karl Marx Street, trees grew on the ruins of the church, there were working factories all around. Now, the factories are in ruins, and the church has been restored like a toy. That was the decision of some higher power, and not of the people.

The earliest interiors of post-Soviet churches were a lot like rooms in Soviet Palaces of Culture. The furniture was made of varnished plywood, icons were hung like photos on Honor Rolls, the icons themselves were printed like propaganda posters. This is what the restored church on Karl Marx Street is like. I think we ourselves could appear in such a church in place of the icons, the people, always invisible, a product of post-Soviet society and Russian-Orthodox-patriotic propaganda: factory workers and protesters, skinheads and migrants, lesbians and old women from the provinces, judges and inmates, Putinists and liberals, believers and atheists. 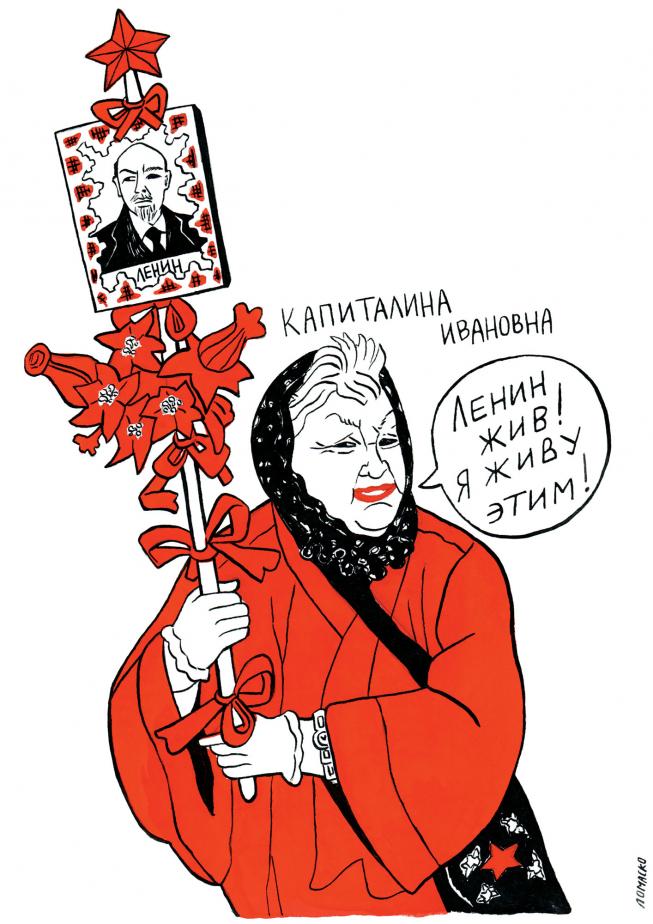