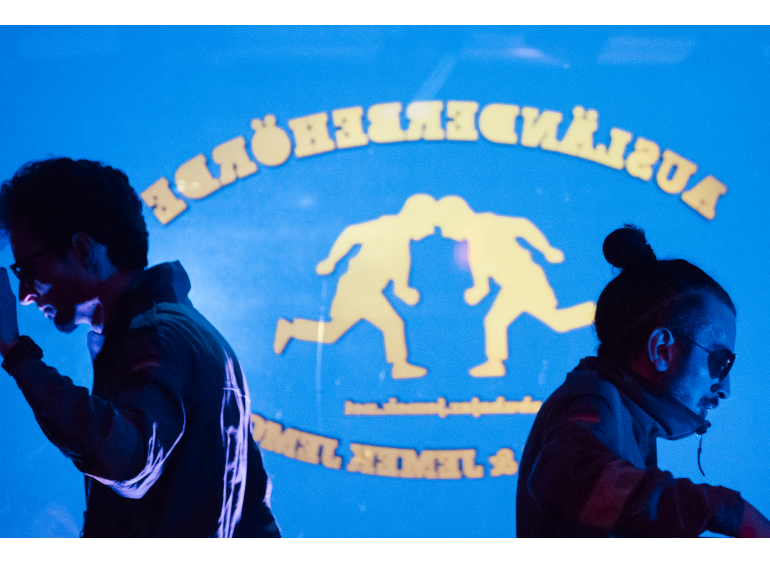 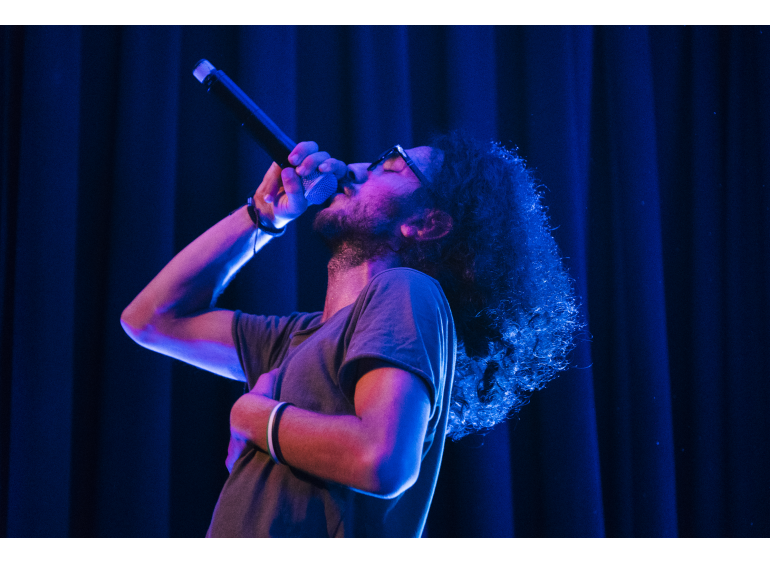 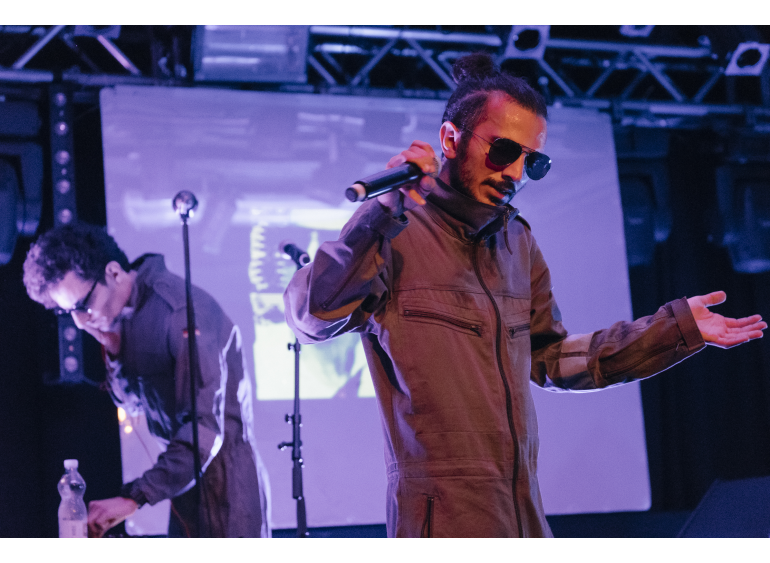 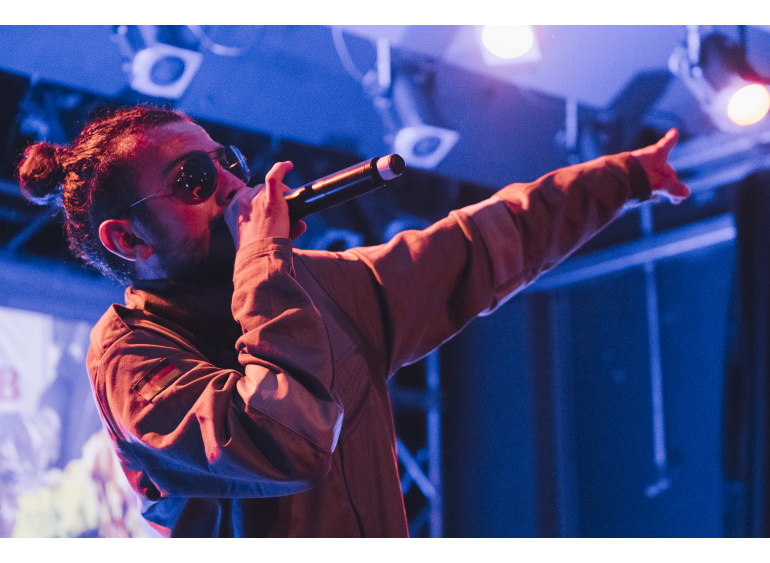 All too often, it is pity and not solidarity that refugees get from those sympathetic to their plight. This grates on Mohammad Abu Hajar, leader of the Mazzaj Rap Band, one of the most radical and politically-engaged groups in the small but vibrant hip hop and rap scene that emerged in his hometown of Tartus in Syria. Founded in 2007 and once again active since 2014, after its members fled the country and joined up again in Berlin, Mazzaj Rap Band’s sound fuses American rap with traditional Syrian dabke music, using darbuka drums and familiar melodies. Abu Hajar’s lyrics offer scathing social commentary from a position “somewhere left of Marxism,” railing against everything from the high cost of living and restrictions on freedom to honor killings. More recent tracks recount the experience of fleeing Syria after being detained and tortured, and then observing the escalation of the war from afar. They indict Assad’s regime as well as other authoritarian militias who plunged the country into turmoil, describing the fears and dreams of those caught up in the war and of those who managed to escape it. In December 2017, Mazzaj joined forces with Polish rapper Jemek Jemowit on a project that comes out of their mutual experience with German/European identity as migrants, and the attempt to integrate in the spirit of cosmopolitan Europe. They decided to call the project Ausländerbehörde (Foreigners Office), slyly referring to the culture of integration promoted by the German government through things like compulsory integration and language courses.

Mazzaj Rap Band was founded by Mohammad Abu Hajar in Tartus in 2007 and was active in the music scene there until the civil war in Syria broke out in 2011. The band has been active again since 2014 when Abu Hajar reached Berlin, where he now lives in exile. Ausländerbehörde is a new project that Mazzaj and rapper Jemek Jemowit founded in 2017 in Berlin.