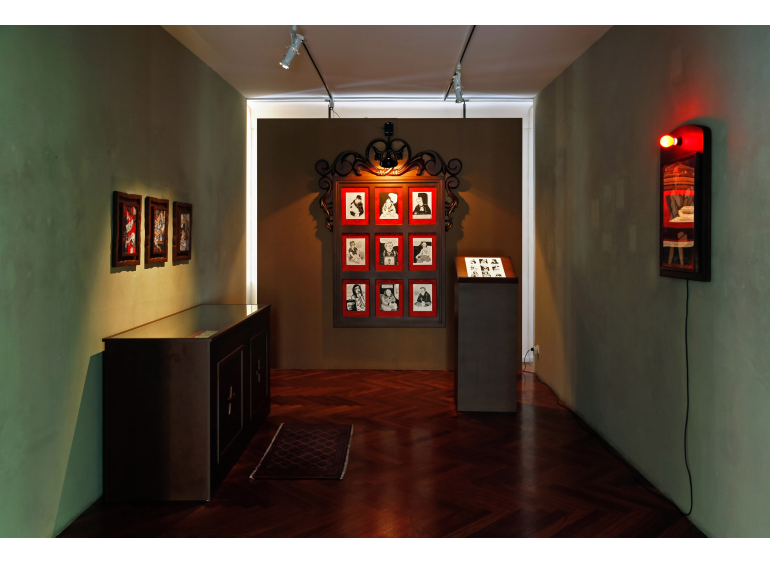 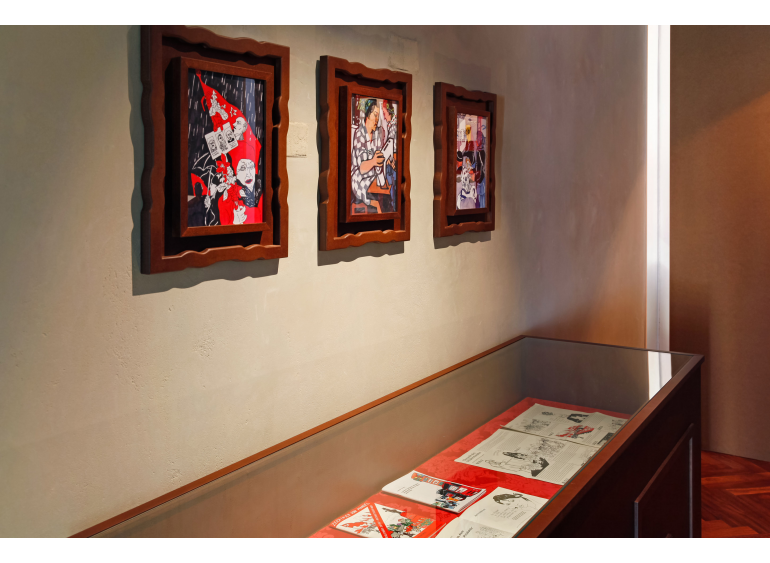 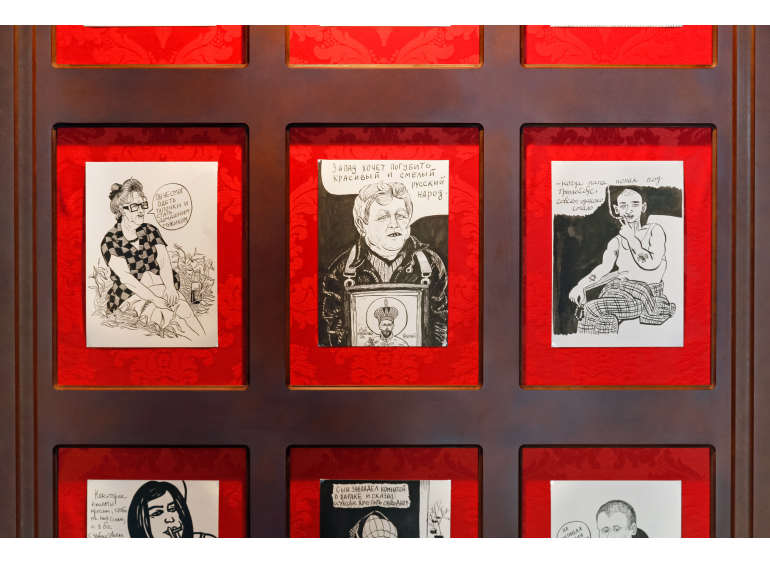 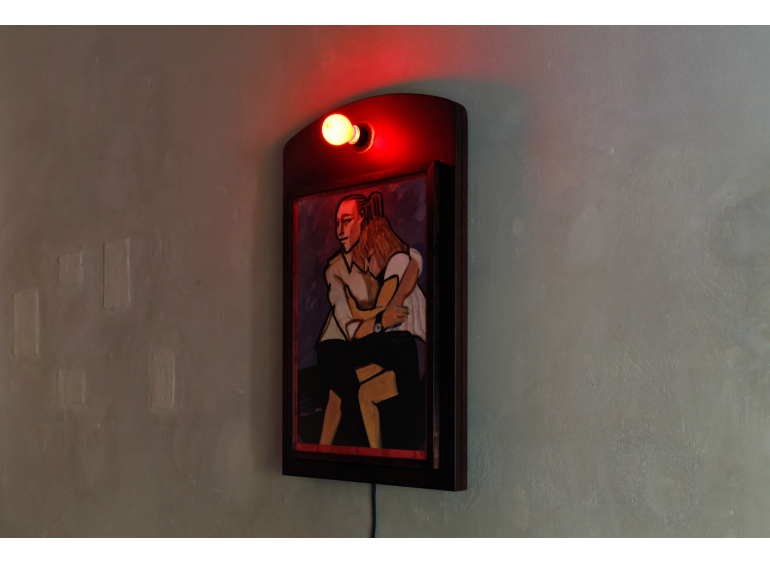 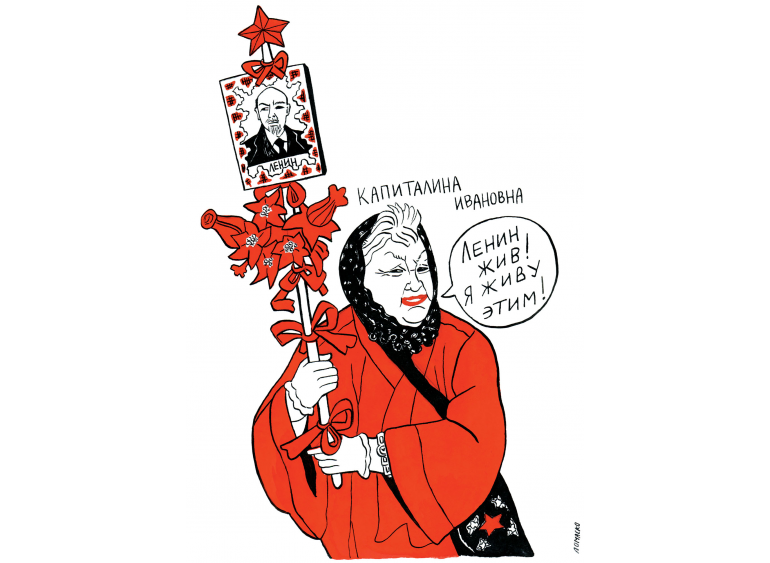 Victoria Lomasko, drawing from Other Russias, 2017. Kapitalina Ivanovna: “Lenin lives! It’s what I live for!” Courtesy the artist 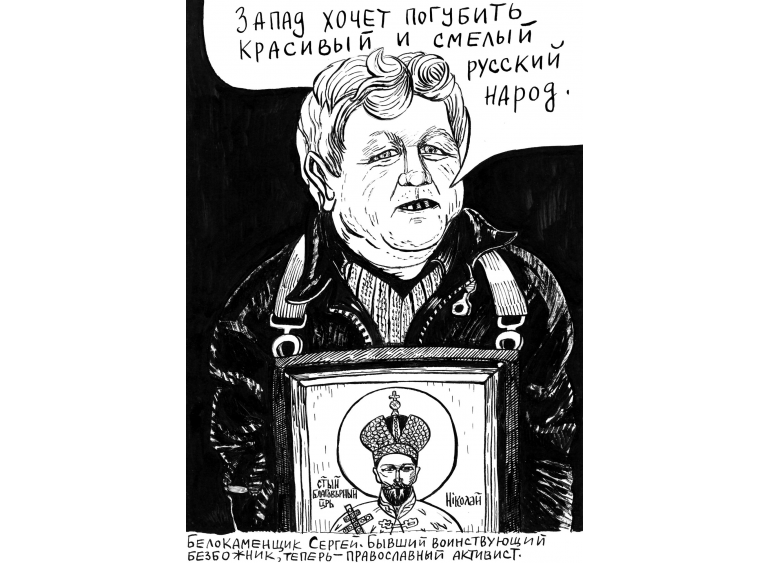 Victoria Lomasko, drawing from Other Russias, 2017. Stonemason Sergei, once a militant atheist, is now an Orthodox activist. “The West wants to destroy the bold and beautiful Russian people.” Courtesy the artist

Though the powers that be are deft at promoting the fantasy that they enjoy monolithic support, in fact “the people” are a diverse and fractured human landscape, often voiceless and at the mercy of the control mechanisms of their rulers, elected or otherwise. Nowhere is this clearer than in Russia, as seen through the eyes of Victoria Lomasko. In drawings and comic-book-style texts dashed down in the form of courtroom sketches extended to the whole of society, she serves up poignant scenes of everyday life, with characters typical of very different segments of a society in flux, all equal in their lack of a political voice. In a specially-commissioned installation for steirischer herbst, she frames this invisible and disenfranchised people in the style of reinstated post-Soviet religiousness, whose earliest displays were reminiscent of socialist palaces of culture, with ritual furniture of cheap plywood and propaganda posters-as-icons. In Intercession on Karl Marx Street, images of saints and saviors are replaced by a diverse if not fractured society of true believers: LGBTIQ activists, inmates, migrant workers, teenage prostitutes, jaded intellectuals, and earnest artists. Lomasko’s is an empathetic gaze, no matter whether she is drawing the fascist inmate who finds his views confirmed by hidden swastikas lurking in a Renaissance Raphael; the Muslim woman and her child who fear that being drawn is a sacrilege; or the members of Pussy Riot, whose trial she documented in grueling detail.

Victoria Lomasko (1978, Serpukhov, Russia) is a graphic artist and illustrator whose work (often published as books) documents the everyday life and political struggles of citizens of post-Soviet countries in Europe and Central Asia, especially women of different social strata. She lives in Moscow. 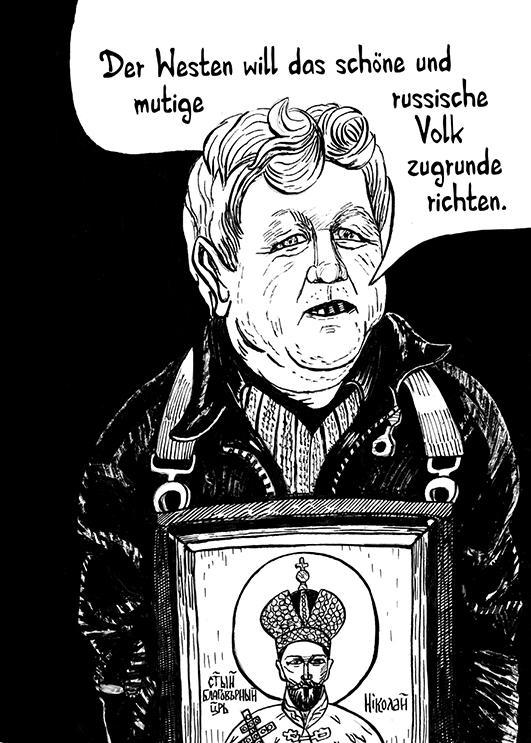